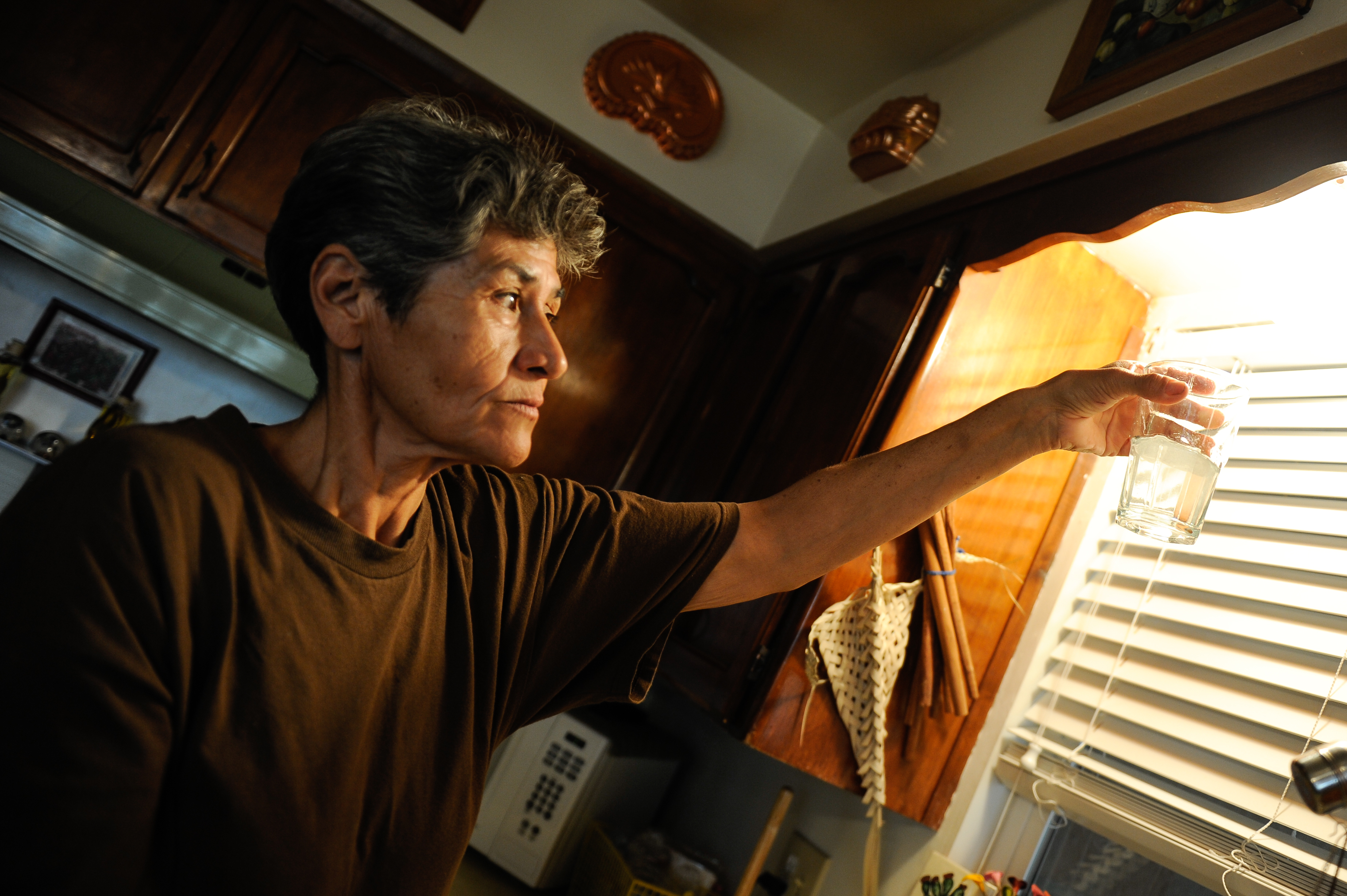 Rising Voices is a column the Water Hub pens for Maven’s Notebook. Each month, we check in with advocates and organizers in California to talk about the water issues impacting local communities. In this September issue, we spoke with Community Water Center’s Senior Policy Advocate, Uriel Saldivar, about the expiration of California’s water shut-off moratorium, water debt, and protecting the human right to water.

Tell us about yourself and your role at the Community Water Center.

Uriel Saldivar: I am the Senior Policy Advocate at the Community Water Center. Growing up in Farmersville water was super prevalent as an issue. We lived on a domestic well, we had scares of it going dry. In the last drought, our local church had to tap off our drinking fountain because they found out it was contaminated and I was drinking out of that for years. It made me want to get involved in policy and learn more about how these things even came about. That’s where Community Water Center came in because I felt it was a great intersection of advocating for my community and focusing on issues I really believe in, which is furthering the human right of water for all Californians.

What are the water issues that are top of mind for you and your community right now?

For us right now, it’s protecting the human right to water. California has the law in the books, AB685, [that] every human has the right to access safe and affordable drinking water. We’ve seen hundreds of domestic wells going out, directly affecting access to water. Families have been struggling for over a year to pay the bills and that doesn’t just apply to water [bills]. Affordability has been exacerbated during this pandemic. Additionally, water quality. We know that contamination continues to be as prevalent as it’s been for many decades. Those are the three main issues we’ve been focusing on and are top of mind right now for our communities.

We wanted to talk with you about water debt and shut offs. Can you describe the water affordability crisis we have in California?

The water affordability problem we have right now, it’s been a long-standing problem and it really comes to a culmination during this pandemic. Historically speaking, there’s over 2,800 water systems in California and unlike other utilities, there’s a lot of localization of it. That means there’s a higher burden and smaller consumer base that [small water systems] can draw upon when they have to address issues of updating infrastructure, water quality and contamination, [or] if they want to establish a water affordability program. They’re just constrained in different ways.

[In California,] water [rates] have been rising at about 45% from 2007 to 2015 on average, which severely outpaces inflation or wages, so you have all these different issues. And with the pandemic, needless to say, there was a huge economic ripple effect. So you have all these outstanding issues beforehand where there’s not an avenue for people to turn to and then you have this pandemic that obviously constrains you further and you go into 2021 with over $1 billion dollars in water debt accrued.

Can you give us an update on the current state of debt relief and the water shut off moratorium?

Governor Newsom put an executive order that you can’t shut off water as a matter of public health and it adheres to public health guidelines. If you have your water shut off you can’t wash your hands, you can’t cook, you literally can’t use the toilet. Water is the most basic form of PPE. The moratorium is going to end on September 30, 2021. The state water board is now going to be tasked with coming up with this program to disperse $1 billion [in emergency water debt relief] to these systems so that families don’t have to apply directly. They are currently doing a survey…that survey has to be answered by all water systems by September 10. It’s a hefty task as [some small water systems] are more humble operations.

This billion dollars is going to be really key, but we don’t know if it’s going to be enough and we also don’t know if it’s going to get out in time before the water shutoff moratorium [ends]. We might be looking at shutoff protections ending on September 30th and disbursement of the funds in October and November. That’s a huge issue of concern right now because we find it undermines the intent of the program and is unjust against the human rights of water to shut off people while literally a billion dollars is on the table for relief. [In the long term,] SB222, written by Senator Dodd, will establish a framework for a statewide affordability program because on the local level it’s just not feasible for a lot of these systems.

What do you wish decision makers and reporters understood better about this issue and the impacted communities you partner with?

A lot of these communities, historically speaking, they’ve been under invested in, they’ve been marginalized and they’re disadvantaged for a reason… For example, where I’m from, the Tulare County General Plan of 1973 literally identified 16 communities that had ‘no authentic future.’ [The government was] holding major public investments for water and sewer systems and infrastructure and [the local community] can’t address these issues of water quality and water affordability on their own.

They need the state, they need the federal support to bring the human right to water to fully be realized. It’s really hard to grapple how localized it is because it’s 2,800 systems across the state and quite frankly a lot of folks don’t know who the water board members are. It’s kind of out of sight, out of mind until it fails and when it fails, it’s too late. That’s something I really wish was at the forefront — knowing how fragmented and also how much need there really is there. Especially when you layer on historical disinvestments, this really is an area that is ripe for leadership and decision makers to help propel this forward.

What solutions are you seeing in the communities that you partner with?

On the local level, there’s a lot of ingenuity because people don’t want to have these problems in their community. So things that folks can do locally is updating their local plan… There’s a law on the books now, SB1000, that requires [cities and counties] to bring an environmental justice lens to their general plans and the human right to water stands firmly in that.

There are hurdles for water systems to access the $1 billion in emergency water debt relief from the state.  Water systems – from big utilities to community water systems – have to apply to access the $1 billion in water debt relief. It’s literally free money to prevent water shut offs for their communities, but if folks do not apply to the program, they are going to get the funds late, they could be capped or run out. It’s of super high interest for [water systems] to be applying to this. Additionally, we’ve seen the Tulare County Board of Supervisors and local leaders standing up in support of SB222 to set up a statewide affordability program [for the long term].

What changes or resources are most needed to solve these problems?

We were seeing some folks get their water shut off for as little as $60 a month. Water is so essential to the family. Additionally, helping these disadvantaged communities that have been under invested in for so many years to finally have adequate drinking water infrastructure. We saw the Biden administration allocated around $15 billion for replacing lead pipes, that is something we are firmly behind, but the United States as a whole needs $45 billion [to replace lead pipes] so that gets us about a third of the way there, so continuing on to make sure we fully close that gap in water equity.

The place doesn’t matter as much as the people, at least for me. I love being home with my family. If I think about what would be a great day, it’d be with my mom. She makes some really really good mole with a sweet sauce, with meat and rice and it’s a very traditional dish. That always makes me happy.

Sign up for the Water Hub’s newsletter for more stories from the heart of the water movement, to hear about free communications, trainings, more partner love, and for access to new polling research.