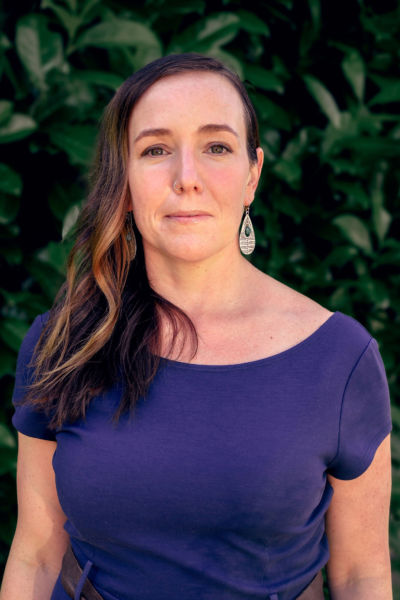 Nicole has worked in cause communications for over fifteen years. For most of that time, she has focused on protecting environmental and public health.

As public affairs manager at The Trust for Public Land, Nicole worked to expand outdoor access for communities across the Western United States. She continued working on park and beach access at Resource Media, a nonprofit PR firm where Nicole had the opportunity to support a range of nonprofit and foundation clients. During her 11 years there, Nicole built the organization’s first digital team. She also led its oceans and freshwater programs, managing projects that took her from the Sacramento Delta to the Delaware River Basin, and Corsica to the Galapagos Islands. Nicole also supported Resource Media’s multi-year equity journey, learning a tremendous amount that informs her work to this day.

Born and raised in Merced, California, Nicole spent her summers exploring Lake Yosemite, an irrigation reservoir that serves the area’s many farms. As a teenager, she raised sheep for 4H. Her family ties to the Central Valley are a big motivator in Nicole’s work to advance water justice and resilience.

Nicole sits on the boards of High Country News and Whales of Guerrero Research Project, and is a core organizer with the Portland chapter of the People’s Institute for Survival and Beyond. Nicole studied history at the University of California, Berkeley.