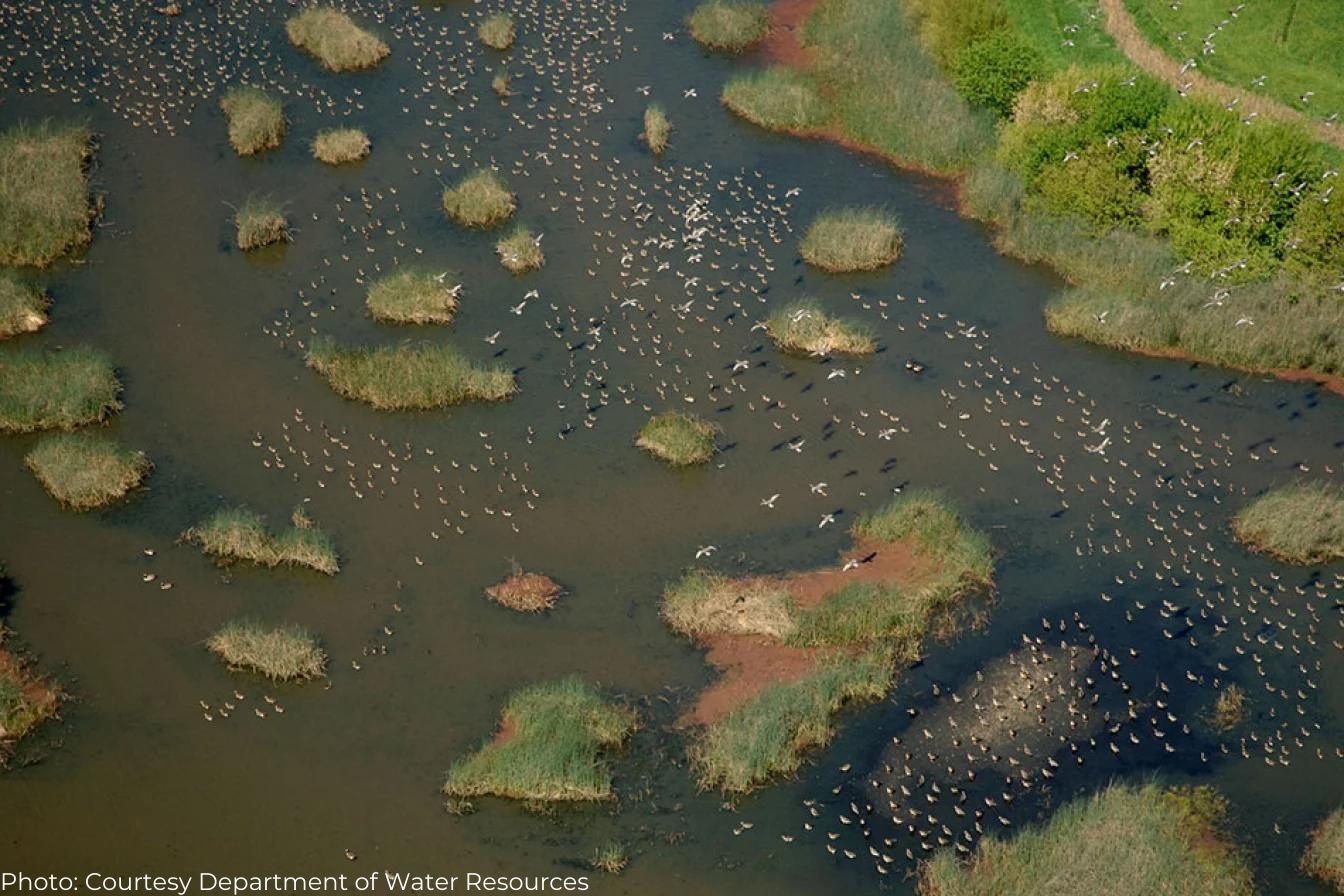 Each month, the Water Hub is checking in with advocates and organizers in California to talk about the water issues impacting local communities and to also expand the visibility of leaders in California’s water and environmental justice movement.

In this March issue, we spoke with Restore the Delta’s Science Coordinator, Spencer Fern, and Policy Analyst, Tim Stroshane, about the Sacramento–San Joaquin River Delta, and how water gets moved around (or not) in California.

Water Hub: Tell us about yourself and your role at Restore the Delta.

Tim Stroshane (TS): I’ve been the Policy Analyst at Restore The Delta for 8 yrs and counting. Worked at a few environmental water nonprofits beforehand, authored a book in 2016 called Drought, Water Law, and the origins of California’s Central Valley and worked as a housing planner in city of Berkeley addressing homeless and housing policies. My undergrad research on the Delta Canal before it had tunnels led me here. My job entails wearing a few hats like tracking policy issues and writing letters on environmental documents. Right now, I’ve focused my efforts on water quality, scientific data collection and policy, how the Delta affects our economy and communities of color.

Spencer Fern (SF): I’m the new Science Coordinator at RTD. Graduated from CSU Monterey Bay with a Microbiology degree. My main role is overseeing the science program and our interns as it relates to harmful algae blooms (HABs) in the Delta, which are popping up more and more every summer. My goal is to get the right data in the hands of people who can help mitigate and eliminate the blooms.

WH: What are the water issues at the top of mind for you and your community right now?

SF: HABs. They are the biggest issue I’m working with right now… Imagine parts of the Delta that lack water flow and also have an influx of nutrient loads like nitrogen and phosphorus which causes bacteria to prosper. They will cover the entire water surface, take up dissolved oxygen, and kill the majority of what grows underneath including the plants, fauna, and fish. There are also underlying effects to humans nearby including lung disease. Dogs and cats can die if they ingest enough of the toxins as well. We have growing concerns with climate change because the hotter the water gets, the more algae grows.

TS: The looming drought and continuation of drought in California is cause for concern. Even though California had significant storms in October and December, January and February have been very dry. The reason the drought is critical to us is that big water projects (Central Valley Project and the State Water Project) request what they call Temporary Urgency Change Petitions (TUCP)… When [the big water projects]  run too low, they request that their water rights be temporarily amended on an urgent basis, which happens every drought year, asking for a waiver of water quality objectives in the Bay-Delta plan. It’s well known that these objectives are not protective enough and they’re already not effective in protecting fish, salmon and resident fish that live in the Delta year-round like the Delta Smelt, which might have gone extinct. Rice farmers are getting their full allocation while allocations to the River Delta were not getting enough water. These water rights issues are pressing.

WH: We wanted to talk with you about headwater issues and how water gets moved around California. Can you tell us more about this topic and what’s important for people to know?

TS: The Delta is the lowest place of the Central Valley. We focus on the downstream of things. There’s 8-10 of the dams [along the Sierra foothills]. From there, the water is either diverted via canals to agricultural land in the San Joaquin Valley or stored in the reservoir for distribution at a later time. The Delta is also used as a reservoir for yet more diversions to agribusiness in the San Joaquin Valley, to Silicon Valley and southern California cities.

WH: What are the current water policies you’re working on in California?

SF: TUCP as mentioned earlier; seems like we’re always combating this. There’s a thing called the Emergency Drought Salinity Barrier at the False River. The barrier creates a reservoir during low water periods. We’re opposing the barrier because it is kept in place too long, which then causes water to become stagnant, which can stimulate the growth of HABs. It should only be used when absolutely necessary and for short periods of time to prevent HABs.

TS: We’re training up young people working in community organizations to inform them on water issues, history, and water policy so they can include these issues as part of their lexicon and advocacy work. The time is coming for their generation to get involved. A list of community organizations, Restore the Delta partners with:

WH: What do you wish decision makers and reporters understood better about this issue and the impacted communities you partner with?

TS: Since the start of my water policy career in 2000, I’ve felt like the media coverage all over California, especially in the Bay area, talked about the Delta with a great deal of ignorance. The Delta is a kind of headwaters for San Francisco Bay; they are connected hydrologically. Not acknowledging how pristine it’s wetlands were, the Native villages that were there, and how it’s been dramatically altered since American and European colonists arrived. Being a low place, the state wants to use [the Delta] for diversion and be able to control it. If I could create a message it would be to get the word out about the Delta’s importance as an enormous and ecological benefit and unique place.

SF: Acknowledge that HABs are an issue. Also, the right voices need to be heard and brought to the table. Native voices, for example, and the people who are impacted by pollution in an area. Environmental science studies and reports aren’t including the people in the area so environmental policy makers need to include the harmful environmental impacts on people, not just the environment.

WH: What changes or resources are most needed to solve these problems?

SF: [On harmful algal blooms], I believe it takes genuine reporting. Get the right warnings out, explaining to the people what the issues are so people can keep in mind the facts when looking for the change they want. There are so many quality of life assessments and data pools you can look at to figure out how to fix it. Essentially, we need more data and reporting.

TS: Spencer hit on a fundamental point, you can’t manage what you don’t study or make visible. For marginalized communities of color in South Stockton, they haven’t had access to any of that. We’re working to educate them so they see and can do for themselves what they’ve always wanted, which is to have greater control over their own destinies. I feel honored to do that together with them. While our senior staff are mostly white (RTD’s full staff is 60% people of color) we operate from an anti-racist lens and we believe in working in an alliance that’s true, honest, and forthright. To try to get rid of the marginalization and the general sense that the Delta is invisible. You can’t manage the Delta unless it’s visible. We just want to get the word out so thanks for helping us tell our story. When I say “we” think we’re doing good work here, I’m being mindful of our Native American partners, our Filipino partners, our African American partners, and other folks interested in building the economy and educational system of the Stockton area.

Tim: My happy place is watching hawks and falcons; generally birdwatching with my wife.

Spencer: My happy place is on the slope of a mountain with a snowboard on my feet.

Sign up for the Water Hub’s newsletter for more stories from the heart of the water movement!